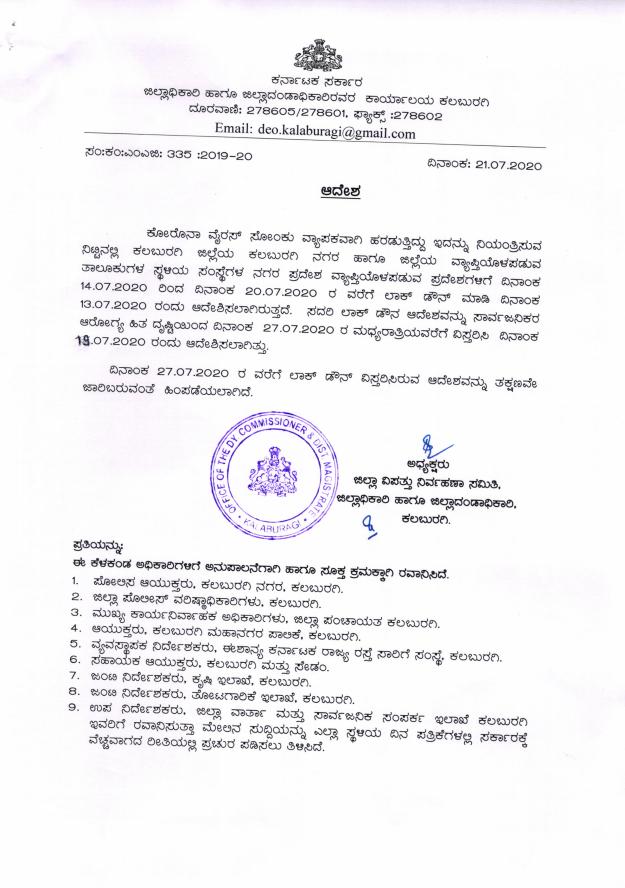 Kalaburagi July. 21: Lock down order withdrawn till July 27, announced in Kalaburagi district.
The lock down in the Kalaburagi district for the past 14 to one week continued till July 27 and was ordered by the district authorities.
Today, another order was issued by the District Magistrate and Deputy Commissioner of Kalaburagi Sarath B. They have withdrawn and ordered.
Today Chief Minister B.S. Yadurappa, speaking to the State Citizenss in the even ing, said that there is no lock down anywhere in the state.
He also directed all district officials in the state to immediately return the lockdown in any district and to facilitate business, bus, auto and cab traffic from tomorrow (Wednesday).
The bar, wine shop and MSIL will open from Wednesday on wards.
All types of stores, including malls, department stores and stores, will be opened in the regular business. 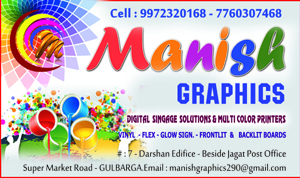 ABOUT US
Manish patrike was started in 2008 and we have been in the media sector since 13 years and here we are providing latest and breaking news online .we will be posting news from all the sectors . To post your ads and news please contact us.
Contact us: [email protected]
FOLLOW US
© manish patrike - ©